In May 1905, a Coca-Cola Bottling Plant was opened in Durham.  This plant was operated for several months, but the management was not proving satisfactory.  Mr. W. Kenan Rand, Sr. was by this time convinced of the brilliant future of Coca-Cola and looking for a means of earning a livelihood.  After some negotiations, Mr. Rand purchased an interest in the Durham plant.

Mr. Rand took over the operation of the Durham Coca-Cola Bottling Company on May 1, 1906, which was the day of his 30th birthday.  The plant was located in a building on Corcoran Street across from the Washington Duke Hotel, in a building about 24 X 80 feet.  The bottling equipment consisted of a foot powered filling machine, a wooden tub and brush arrangement for the washing of bottles, a liquid carbonator, a couple of barrels of syrup and a few cases of bottles.  Delivery equipment consisted of one lame horse and a broken wagon, which was kept at a stable in back of the plant.

At this time there were four employees; one man to run the filler, one man to wash bottles, one route salesman with his horse and wagon delivery outfit, and Mr. Rand to run the office.  In 1906 the work day consisted of ten hours and bottling capacity was a maximum of 150 cases per day or 15 cases per hour.  The men in the bottling operation wore heavy rubber aprons, gauntlets, and masks to protect themselves from breaking bottles.  In 1905 the plant bottled 1200 gallons of syrup and in 1906, the first year under Mr. Rand’s management, the plant bottled 1800 gallons.

The trade at this time was worked by the salesman as often as it was possible to get around in the horse and wagon.  Coca-Cola was selling at 70 cents for a case of twenty four bottles.

Around 1911 the plant was moved to Parrish Street, almost in back of the location of the Malbourne Hotel.  The plant now had two employees for the filling machines, one for the washer, two salesmen (as we had meantime purchased the second horse and wagon) and Mr. Rand.

In 1913 we purchased our first truck.  This was an air cooled motor, chain driven, with solid tires.  The body was of the deck type, holding 64 cases and was painted in red and yellow Coca-Cola colors.

In 1920 we purchased a plant site on Church Street and built the first plant which was designed for a bottling plant for Coca-Cola in Durham.  This building housed our advertising and refrigeration departments and was approximately 42 x 87 feet.  The bottling plant was on the first floor; the syrup room and storage was on the second floor; and there was also space to house the four trucks which we had by this time in the plant.  We now had eight or nine employees and had purchased new equipment.  We were bottling about 20,000 gallons of syrup per year.

In 1930 we purchased a plant site on W. Main Street at Buchanan Boulevard.  We built a new plant, moved in and bottled the first Coca-Cola on July 15, 1930.  We had six trucks, six salesmen and about six employees in the plant.

In February 1942 we purchased new and larger equipment, and were then bottling approximately 400,000 cases of Coca-Cola per year.

In April and May of 1950 we again installed new and larger machinery of the latest type.  Our new machinery was capable of bottling 300 bottles of Coca-Cola per minute.

In 1955 Durham Coca-Cola Bottling Company was forced to raise its price from 80 cents per case to 96 cents because of rising costs for supplies and personnel.  This was the only price increase in more than 30 years.

In 1956 Durham Coca-Cola Bottling Company expanded its product line to include a 26 ounce returnable bottle and premix.  This was the beginning of the addition of a complete line of packages.  In 1959 Fanta flavors of orange and grape were added, along with ten ounce Coca-Cola returnable bottles.

In December 1958 Durham Coca-Cola expanded its territory through the purchase of the Roxboro Coca-Cola Bottling Company.

In 1961 we had outgrown the facilities located at Main Street and Buchanan Boulevard, so a new, modern facility located on Hillsborough Road was completed and we went into operation at this site in October 1961.

In 1963 we continued to add new products to our product line by acquiring Tab and Sprite.

The success of full-line vending depends upon excellent service, the respect and cooperation of the customer, and a constant supply of quality products.  This was the concept of Triangle Coin Caterers, Inc., a subsidiary of Durham Coca-Cola Bottling Company, which began operations as a separate entity in the Durham-Roxboro-Chapel Hill area in September1965.

Triangle Coin Caterers grew rapidly.  After only 18 months, the company had 18 routes in operation in Durham and Roxboro.  In 1981 we operated twenty-eight routes from one Durham plant, six routes from the Roxboro plant and four routes from the Henderson office, for a total of thirty eight routes.

The plant facilities continued to expand from 1961 through 1981.  Four major additions to the plant were accomplished during this period and the plant grew from 44,000 square feet to 100,000 square feet.

Diet Coke was introduced in February 1983 and has become the #2 soft drink.  On December 5, 1984, Durham Coca-Cola introduced diet Coke with 100% NutraSweet in the Durham/Chapel Hill/Roxboro area.

The Coca-Cola Company began its 100th year with a new taste – New Coke.  DCCBC began producing the new tasting Coke in April 1985.  Cherry Coke followed with its introduction in June 1985.  However, due to consumer demand, Coca-Cola Classic was re-introduced to the Durham market in July 1985 and remains the #1 best seller for Coca-Cola.

Minute Maid was introduced in April 1986.

In 1991 the Coca-Cola franchise in Henderson, North Carolina had 36 employees, a 24,000 square foot facility and sold approximately 480,000 cases a year.  Since that time, the Henderson operation has been streamlined by reducing the number of employees and increasing the annual growth rate in cases sold.

During the 1990’s Money Magazine ranked the Raleigh/Durham area as the #1 place to live in America.  All three divisions, Durham Coca-Cola, Classic Food Services and Coca-Cola Bottling Company of Henderson, were poised for maximizing volume, share and profit in the dynamic growth market. 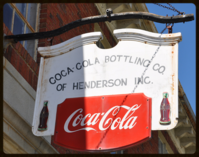 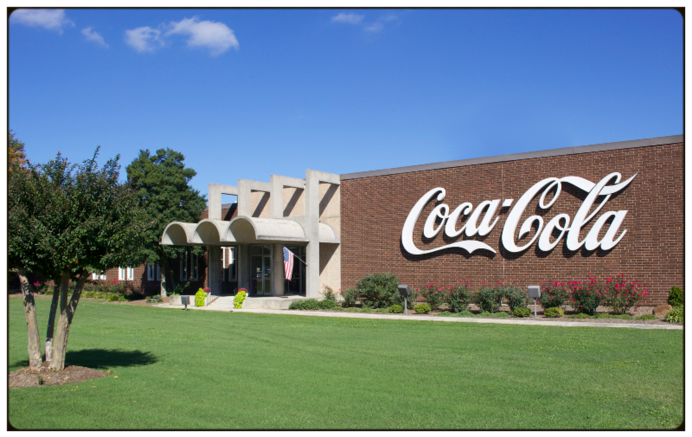 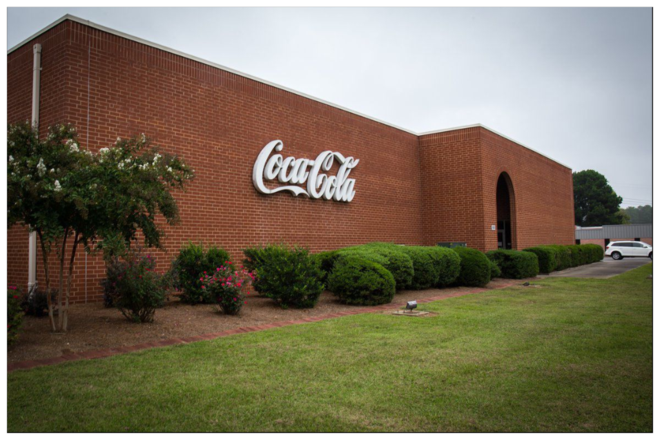